Majolica in the Movies

We were inspired to delve into the history of our Minton Mermaids jardinière after seeing its twin at the Hamptons Jewelry & Objets d’Art show. Nicolaus Boston, the highly regarded Majolica expert, considers the grey shell version at WMODA to be one of the finest produced by the Minton factory. It was sold at auction from the Warner Brothers Studios collection in 2011 and starred in the musical film version of Annie in 1982.

Minton used the Mermaids jardinière to represent their Majolica manufacturing excellence at several world fairs in the late 19th century. At the Centennial International Exhibition of 1876 in Philadelphia, the jardinière was exhibited by the London retailers A.B. Daniells of Wigmore Street and a sketch appears in the Masterpieces of the Centennial International Exhibition by Professor W. Smith. Another version was shown at the Imperial Institute in London in 1894 where it was priced at 27 guineas.

The monumental Minton Mermaids jardinière, known also as the Flower Bearers (shape 1301), stands 23.5 inches high and 40 inches wide, and is attributed to the sculptor Albert E. Carrier-Belleuse. It was also made in a smaller version as a table centerpiece (shape 1182) which stands 9 inches high by 16 inches wide and two of the small examples are in the WMODA collection also.

The provenance of the WMODA Minton jardinière can be traced back to the 1942 Butterfield & Butterfield auction of the estate of Mary Kellogg Hopkins. Her summer home Sherwood Hall, formerly Thurlow Lodge, was originally owned by California Governor Milton S. Latham. The mansion in Menlo Park was lavishly furnished in the gilded age style of the early 1870s as can be seen in contemporary photographs. The house and some of its contents were purchased by the Warner Brothers film studios in 1942 and the furnishings used as props in their movies. The bed with winged griffins and the matching wardrobe that grace the bedroom of the Gothic mansion above the Bates Motel in Alfred Hitchcock's Psycho came from Thurlow Lodge.

The Minton Majolica Mermaids jardinière can be seen in the musical Annie, filmed in 1982. It stands on the dining table in the home of billionaire Oliver Warbucks, who later becomes orphan Annie’s adoptive father. As the house-maids dance around the table with the mermaid jardinière center stage, Annie sings “I think I’m gonna like it here.” In another scene, there’s a glimpse of a Minton Majolica pedestal which came on to the market when the Warner Brothers collection was sold by Bonhams in 2011.

The Minton Majolica glazes were perfected by Leon Arnoux in 1849 and officially introduced at the Great Exhibition of 1851. The vigorous modeling and vibrant lead glazes appealed greatly to the Victorians who used Majolica wares to decorate their houses and conservatories. Minton Majolica reached the peak of its popularity in the 1870s but demand fell dramatically in the 1880s, mainly due to the influx of cheaper imitations which flooded the market to saturation point. Ultimately new health laws brought about its demise by restricting the use of lead in glazes which was harmful to the pottery workers. 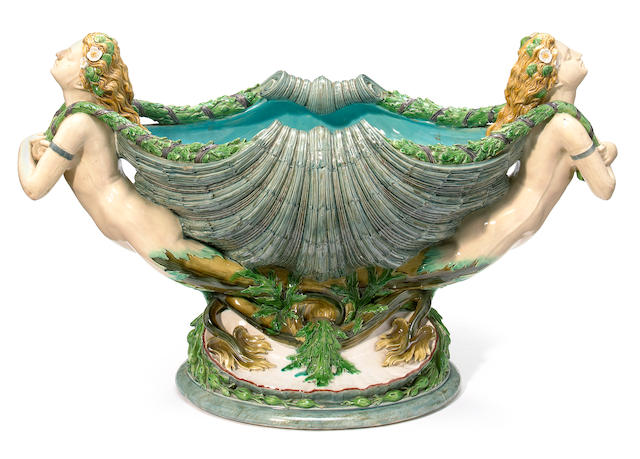 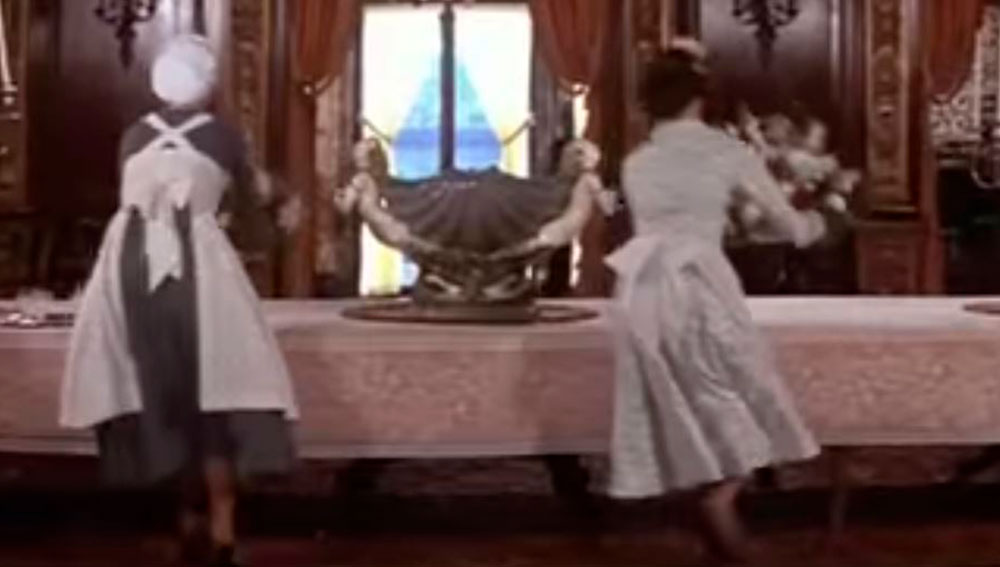 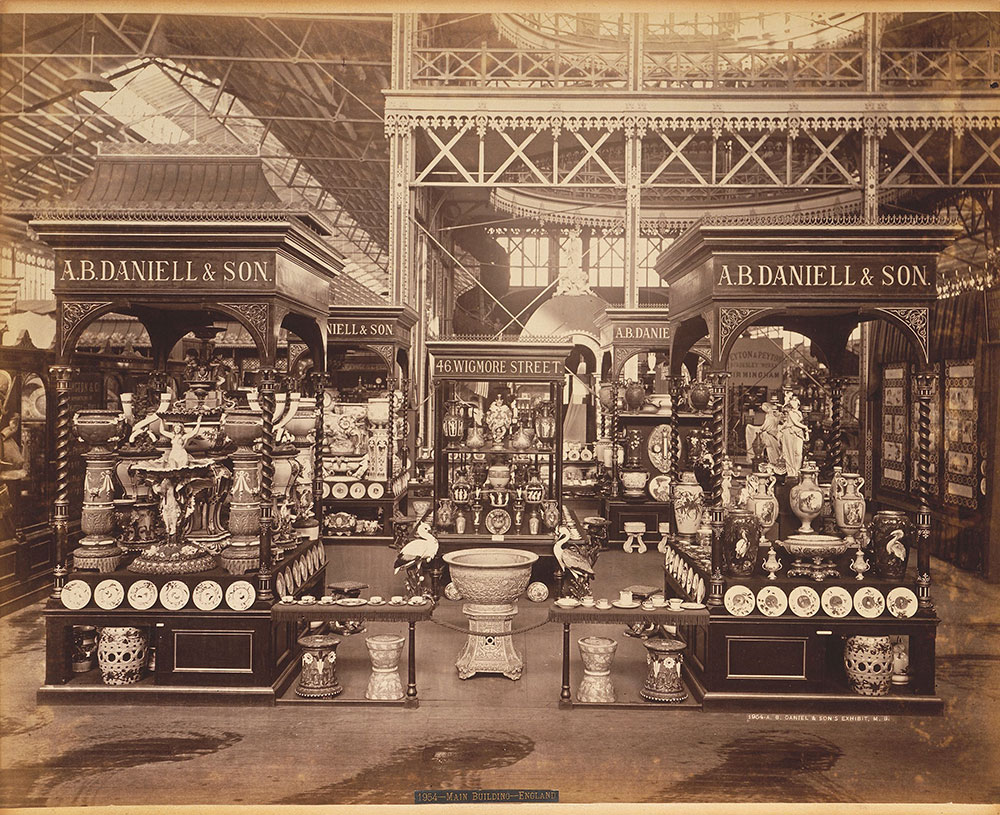 A. B. Daniell display at the Philadelphia Exhibition 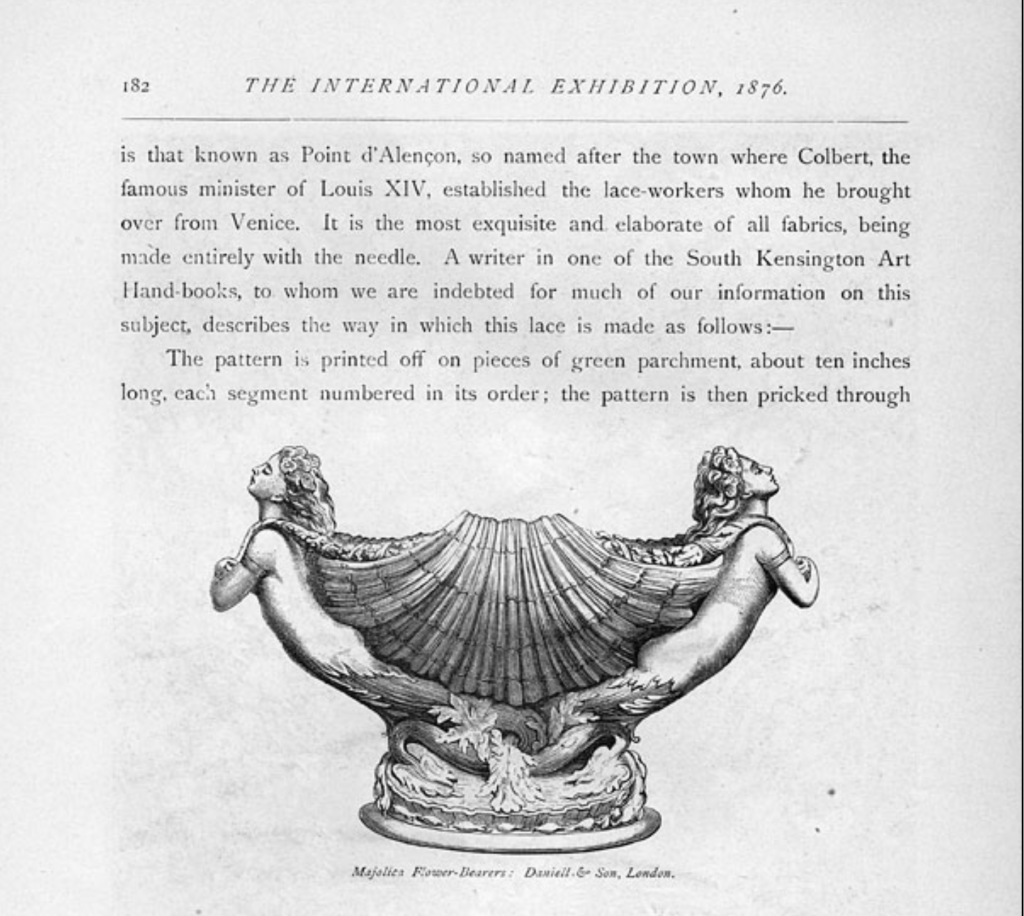 From the Masterpieces of the Centennial International Exhibition 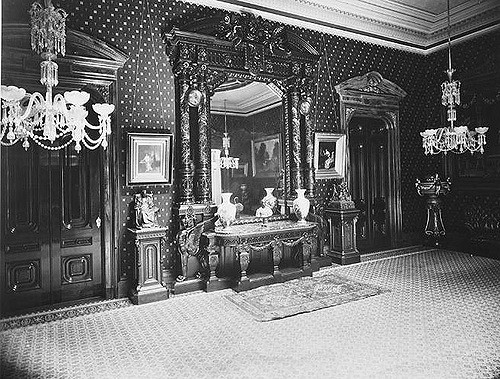 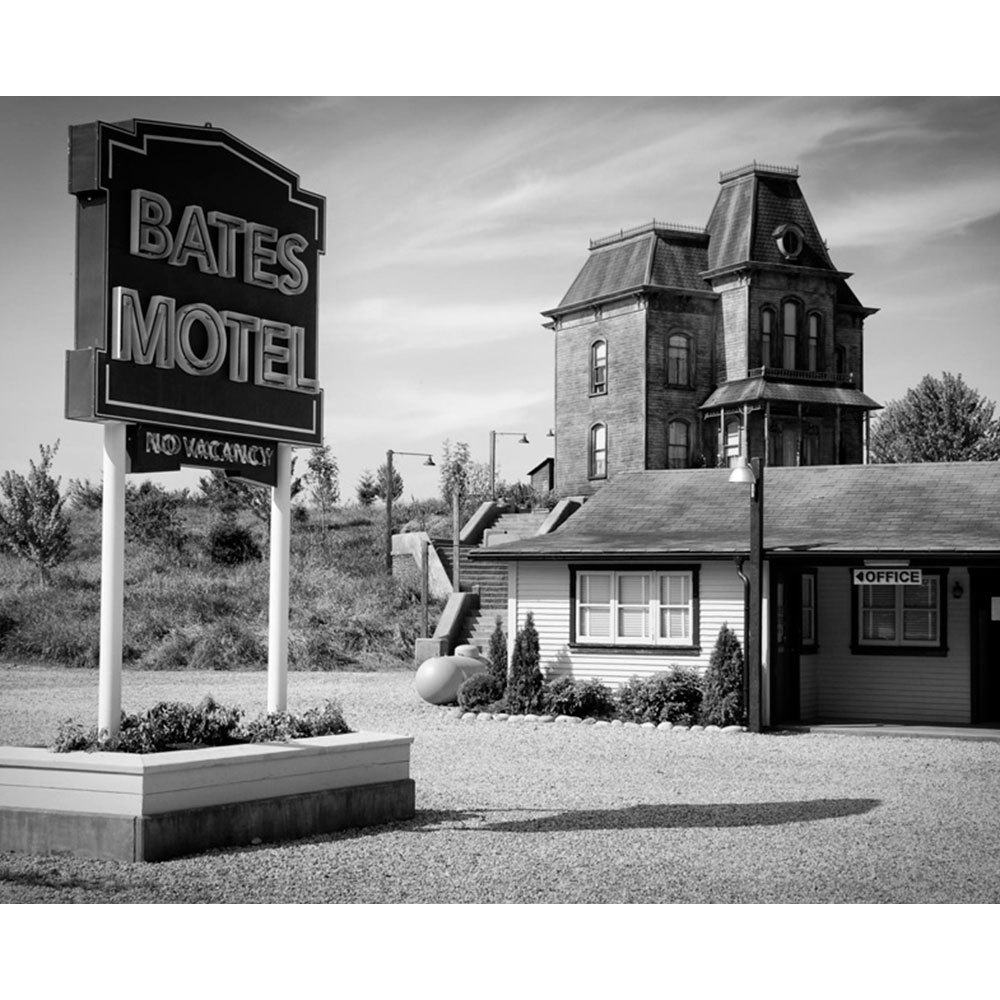 Gothic mansion behind the Bates Motel 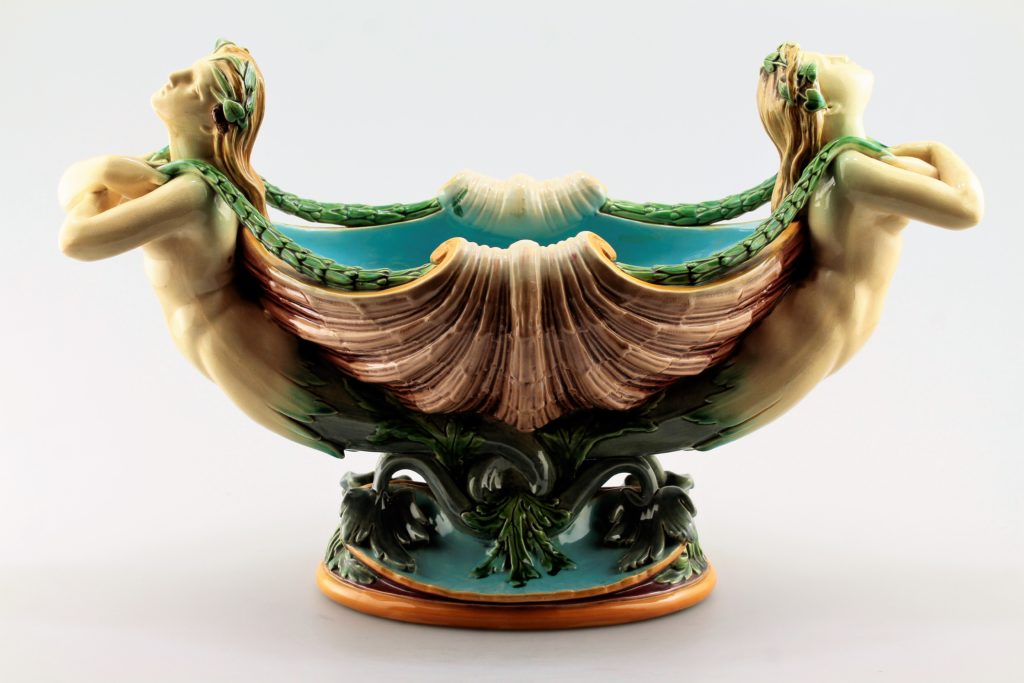 Small version of the Mermaid Jardinière 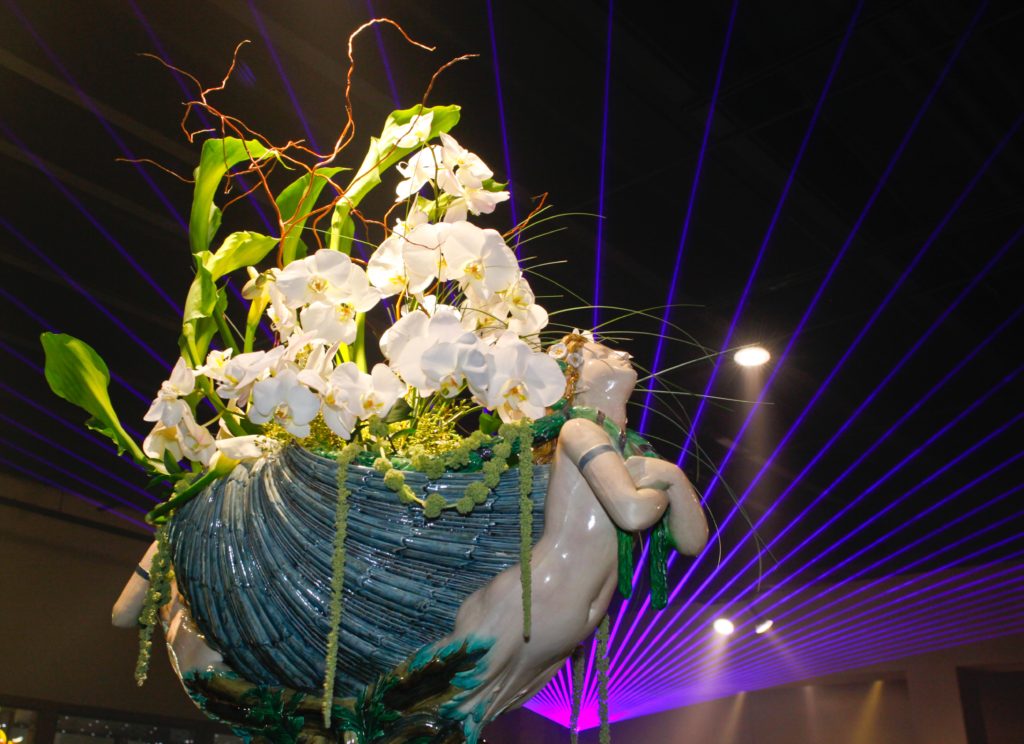 Your ticket for the: Majolica in the Movies

Majolica in the Movies