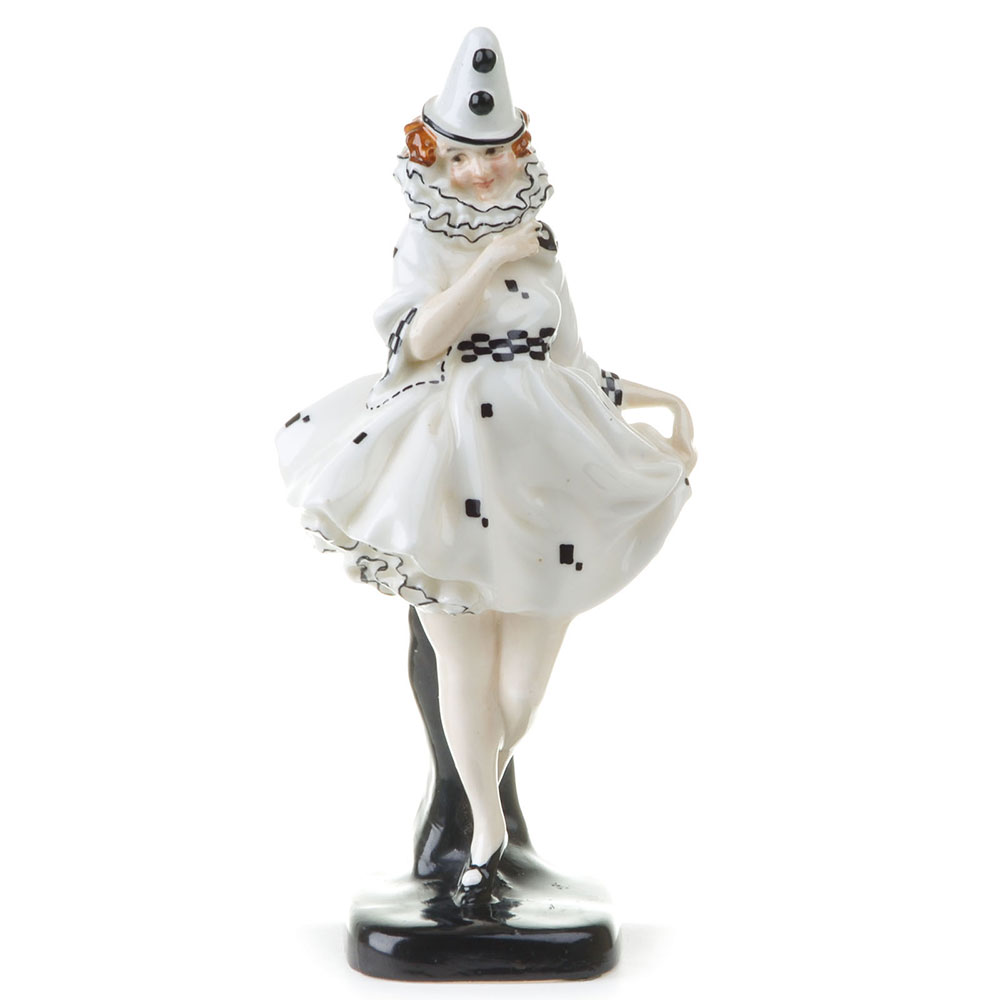 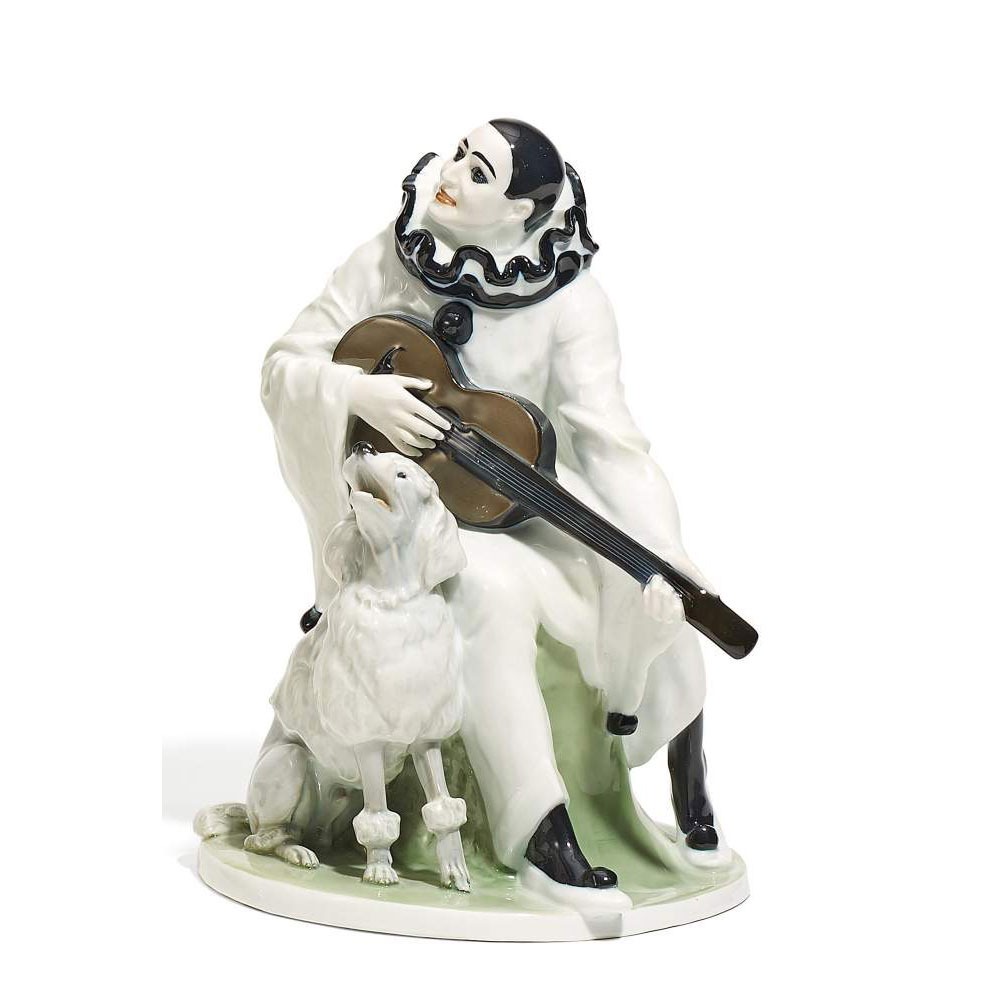 Pierrot is a stock character of the Commedia dell’Arte who became well known for his improvised performances as the Italian comedy spread across Europe in the 17th century. He is generally portrayed as a sad clown, pining for the love of Columbine who usually breaks his heart and leaves him for Harlequin. Pierrot is a buffoon and is often the butt of jokes and pranks but he is also endearing, trusting and naïve. 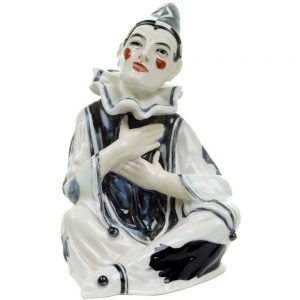 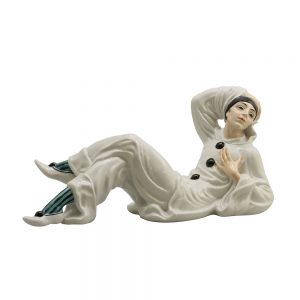 Unlike the other characters from the Commedia dell’Arte, Pierrot generally performs unmasked with a whitened face. His distinctive costume includes a loose white blouse with a frilled collar and wide pantaloons. On his head, he wears a wide round-brimmed hat, a conical dunce’s cap, or a black skull cap favored by the great French mime artist Jean-Gaspard Deburau, who epitomized Pierrot in the early 1800s. 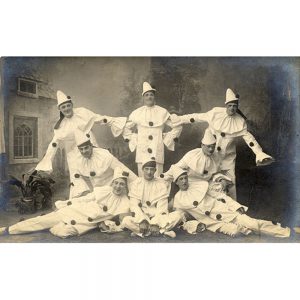 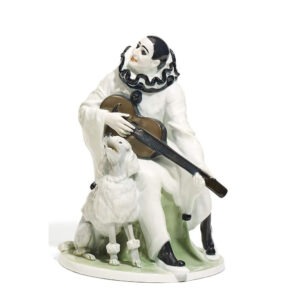 During the romantic era of the 19th century, Pierrot inspired French artists such as Antoine Watteau, and embodied the alter-ego of alienated artists, such as Pablo Picasso. Troupes of musicians in Pierrot costumes performed at British beach resorts in the early 20th century and the white-faced clown became a familiar figure in advertising for products as diverse as cigarettes and washing powder. Many European ceramic companies portrayed Pierrot in pottery and porcelain, including Rosenthal of Germany and Royal Doulton of England. They depicted famous performers in the role, such as Enrico Caruso, or party going revelers of the Art Deco era masquerading as Pierrot and Pierrette. Our newly acquired collection of European porcelain Pierrot clowns will be featured in our next exhibition, Carnival & Cabaret. It will also include lots of entertaining characters from the Italian Commedia dell’ Arte and the Venetian Carnival. 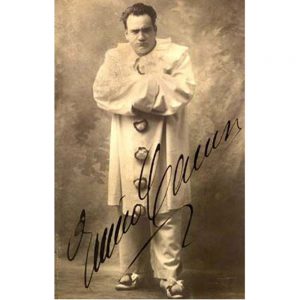 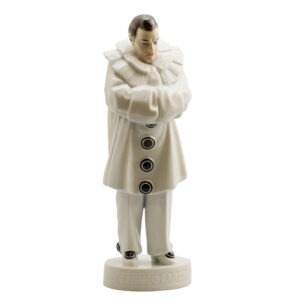 Your ticket for the: Lovesick Pierrot